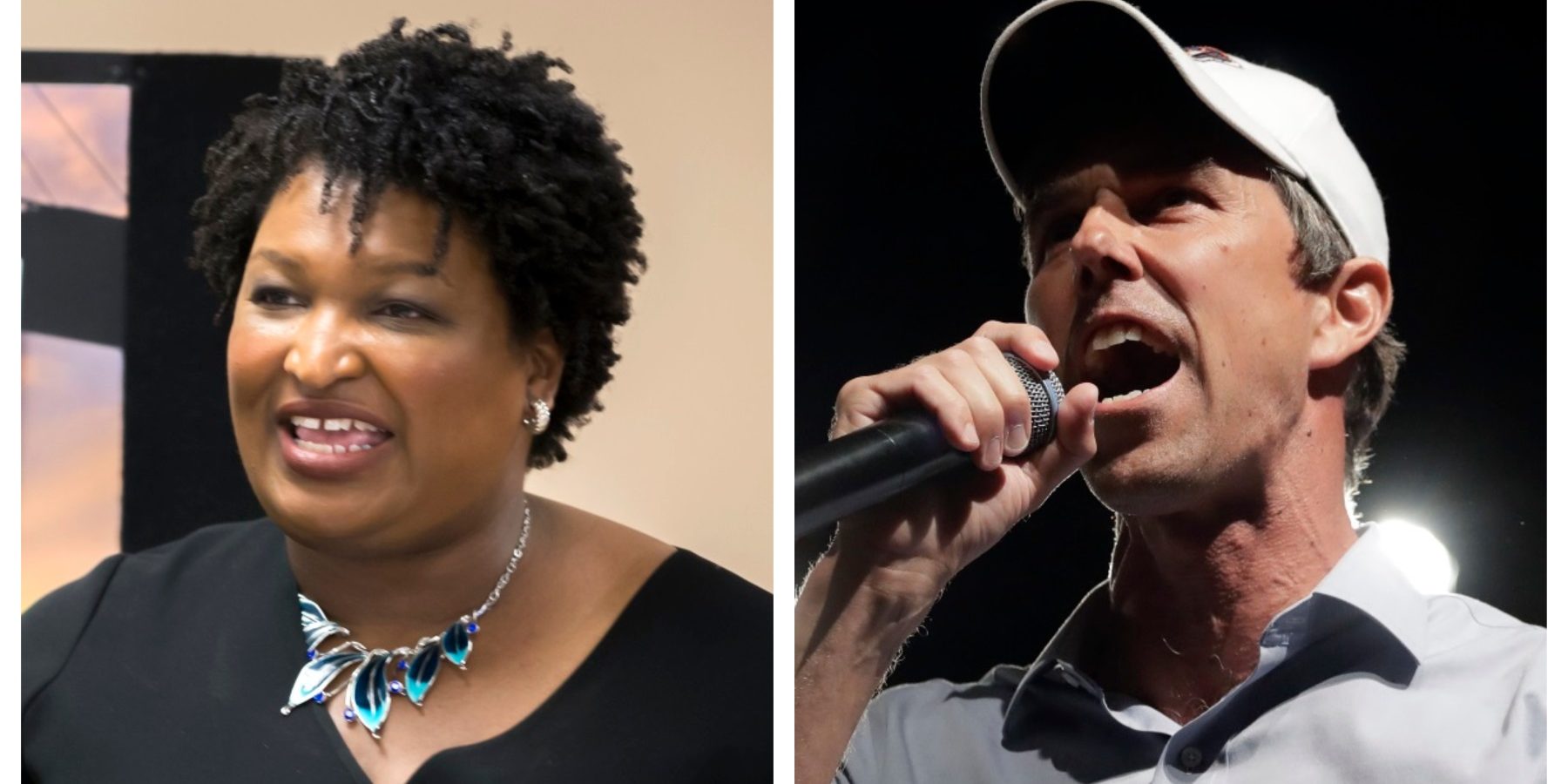 The Solid South is no more.

A century of rule by “Southern Democrats” followed by a generation of Republican domination is evolving into something more complex.

This month’s midterms revealed a South that is essentially splitting in two.

In states like Georgia and Texas, population growth and strong minority turnout propelled liberal Democrats such as Stacey Abrams and Beto O’Rourke to come close to statewide victories once thought impossible. Yet the Old Confederacy states in between are mostly holding to form, with white majorities giving President Donald Trump high marks and conservatives a clear advantage going forward.

One or the other wasn’t enough. For instance, Democratic hopes to make inroads in Kentucky and Tennessee failed because there weren’t enough minority voters to rely on. Meanwhile, the GOP maintained its grip on Alabama and Louisiana, states that have a significant minority population but where white voters in metro areas often voted in line with their rural counterparts. The same scenario could play out Tuesday in Mississippi’s runoff election for a Senate seat.

That’s what makes Georgia and Texas stand out: The two factors were simultaneously in play to turn statewide elections competitive for the first time in a generation. That didn’t translate into victory for Abrams or O’Rourke, but the results could help Democrats navigate the upcoming debate over the type of presidential candidate to select. It could also help the party decide where to send financial and organizational resources. Trump, meanwhile, may have to pay more attention to places that have traditionally been loyal to the GOP.

“The story is the rise of the Southern city centers and the surrounding areas,” said Republican pollster Brett Cowden, whose Alabama-based firm Cygnal has polled and led campaigns across the region. “People are moving there from all over, and they tend to be under 50 and college educated. Those are problem areas for Republicans.”

Democrats are happy to embrace those changes, even if they’re not uniform.

“What we’re talking about here is parts of the South starting to look like the rest of the battlegrounds around the country, where Democrats can stitch together a diverse coalition and win,” said Boyd Brown, a Democratic consultant and former state lawmaker from South Carolina. “But then we still have such a bad brand with small-town whites,” said Brown, who is white and comes from a rural part of the state.

Virginia has already made a significant transition following decades of growth in the Washington suburbs that pushed the state from a GOP advantage to a two-party toss-up and now to the edge of becoming firmly Democratic. That trend could accelerate after Amazon picked Arlington, Virginia, as one of its new headquarters, potentially flooding the area with tens of thousands of new voters.

At the other end of the spectrum is Mississippi, where the Old South’s racial politics has been on stark display ahead of the Senate runoff between Republican Cindy Hyde-Smith, who is white, and Democratic former Agriculture Secretary Mike Espy, who is black.

“Understand this is no longer a red state,” Abrams said in an interview, insisting the 2020 Democratic presidential nominee should “contest Georgia.”

Texas is a wild card, with O’Rourke coming within 3 percentage points of Republican Sen. Ted Cruz in a state Trump won by 9 points in 2016.

AP VoteCast, a nationwide survey of the American electorate conducted for The Associated Press by NORC at the University of Chicago, demonstrates the dynamic playing out across the South.

Whites in Virginia voted much like whites nationally, but the composition of the electorate was modestly different. Small-town and rural whites solidly supported Republicans but made up a slightly smaller share of the Virginia electorate compared with the electorate nationally. Suburban whites, meanwhile, were divided in their votes and were a slightly larger share.

VoteCast showed 82 percent of small-town and rural white Georgians backed Republican House candidates. The Republican advantage was 68 percent to 30 percent among suburban whites. The margin among urban whites was narrow, 52 percent for Democrats to 46 percent for Republicans. Still, the long-term trends could be a warning sign for Republicans. Those rural whites cast 26 percent of ballots, and suburban whites cast 30 percent — both figures modestly lagging the national marks and likely to shrink as Democrats’ base in Atlanta grows.

Tennessee showed Democrats’ reliance on nonwhite voters even where there is a growing metro area like Nashville. Whites in Tennessee trended slightly less Republican than in its neighbors to the south, but nonwhites made up just 17 percent of the electorate — compared with 38 percent in Georgia. The result: Democrat Phil Bredesen lost the Senate race by double digits.

The trends can help Democrats flip congressional districts even if statewide races are still tough.

South Carolina Democrats got trounced statewide, but they picked up a GOP-held House seat based in Charleston.

Despite Abrams’ loss in Georgia, Democrat Lucy McBath won a suburban congressional seat that had been in Republican hands since one-time House speaker Newt Gingrich was first elected four decades ago. A neighboring GOP district is headed to a recount with a narrow GOP lead; and Democrats flipped state legislative seats across the northern Atlanta suburbs.

In Texas, O’Rourke fell short, but Democrats ousted once-safe Republicans from suburban congressional seats outside Dallas and Houston, and the party picked up at least a dozen state legislative seats. Cowden, the Republican pollster, said by his count 43 percent of the statewide ballots came from five counties, all in growing metro areas.

“Texas may not turn blue in 2020, but that doesn’t bode well for Republicans,” he said.