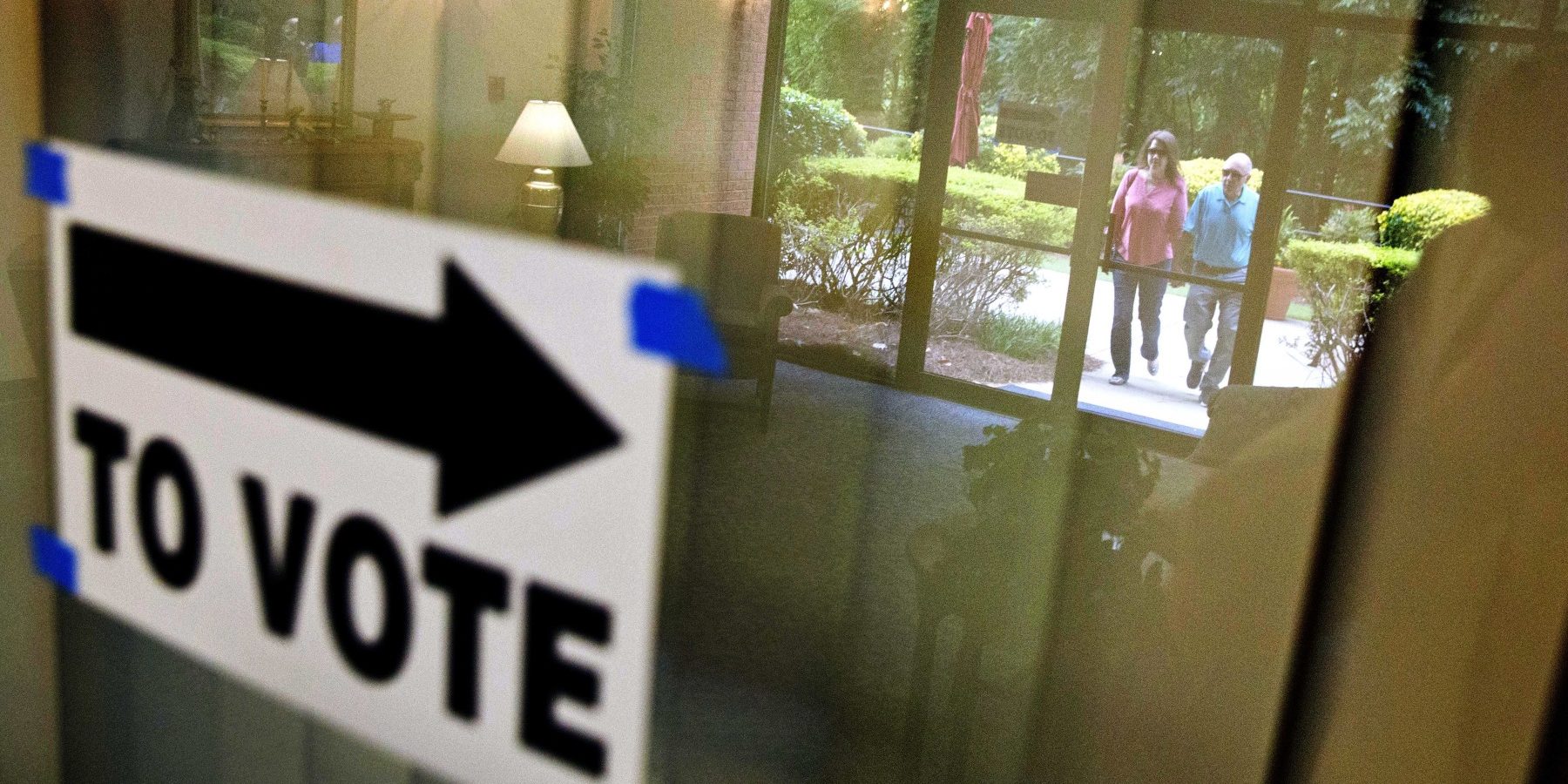 Georgia voters get another chance to choose who oversees changes to the state's elections infrastructure and who will be on the Georgia Public Service Commission.
Credit David Goldman / Associated Press file
Associated Press
December 4, 2018
Share
Tweet
Share

Republican Brad Raffensperger won a runoff election Tuesday to become Georgia's next secretary of state, taking over the office at the center of a debate over voter access and election security in the Southern state.

The runoff campaign played out against the backdrop of Democratic accusations that Kemp used his position as secretary of state to suppress minority turnout and increase his own odds of victory. Kemp insists that's false, pointing to large increases in voter registration on his watch and record turnout in the Nov. 6 midterms.

Raffensperger finished the three-way general election race ahead of Barrow, but just shy of the 50 percent of the vote needed to avoid a runoff. Issues that dogged Kemp in the general election — Georgia's strict "exact match" policy for confirming voters' identities and reports that the state's aging electronic voting system was vulnerable to hackers — became the focus of the race to succeed him.

Both Raffensperger and Barrow promised to replace Georgia's voting machines with a system that produces paper records that could be used to audit elections if needed.

President Donald Trump endorsed Raffensperger with a tweet calling the Republican "tough on Crime and Borders." The secretary of state oversees elections, professional licensing and business incorporation in Georgia. The office has no law enforcement role.

Kemp's Democratic rival for governor, Stacey Abrams, urged voters to support Barrow during the same speech in which she acknowledged defeat and announced she would sue to challenge the way Georgia runs elections. That suit was filed in federal court last week.

Barrow also won an endorsement from Smythe DuVal, the Libertarian candidate whose distant third-place finish in November forced the race into overtime.

Raffensperger served four years in the Georgia House before running for statewide office. He will take over as secretary of state in January from Robyn Crittenden, who was appointed to the office when Kemp stepped aside last month.

Barrow sought a political comeback after losing his U.S. House seat in 2014. He served a decade in Congress representing a large swath of eastern Georgia that included Athens, Augusta and Savannah.